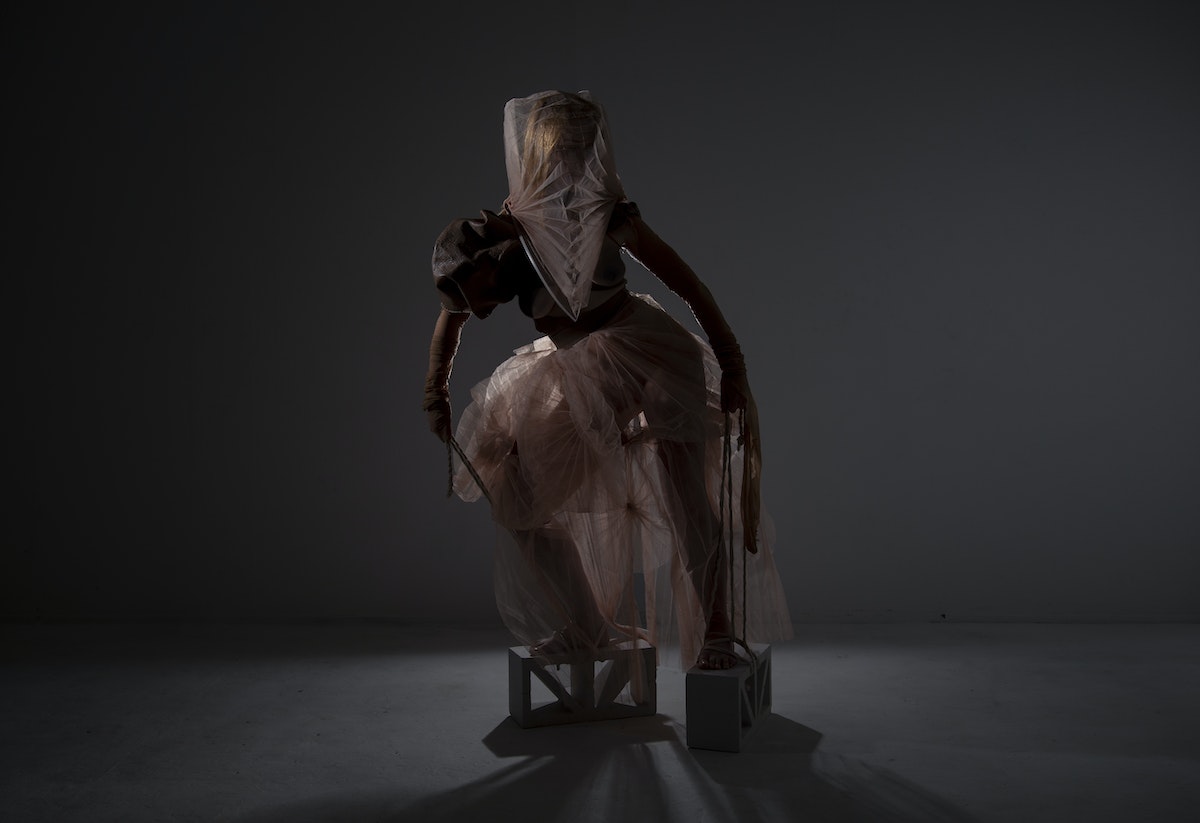 Holly Durant is a performance artist who employs multiple sensorial applications, crossing over many artistic and social expressions to construct environments of empowerment and transcendence. She works with choreography to craft sites for performance, evoking senses of pleasure and empowerment. A graduate of the Victorian College of the Arts (Dance) and Royal Melbourne Institute of Technology (Art) her performances operate in a liminal space between dance, art and social events. Investigating modes of embodiment, co-presence and ‘worlding,’ her inhabited installations question binaries and blur the boundaries between subject and environment, between private and public experience. Layered sensorial environments and disobedient gestures transform the body, amplifying the connections between the sensual, sensorial and sexual potentials we all share.

A key driver for her work is the creative re-understanding of previously taboo and stigma-laden ideas around the femme body. She produces artefacts that posit alternative worlds in which notions of time and history are disrupted in order to celebrate and re-write bodies and what they can do together.

Her practice has investigated energetic connections and spaces between the animate and inanimate — enmeshing the body in garment, sound, movement set and light to invite transmutation. Underpinning this desire to transform the body is a desire to rewrite the body as a result of early experience training in classical ballet. Constrained by strict definitions of the ‘ballet’ body she has built her practice as a choreographer and performance artist through the production of works that challenge the concept of the ‘blank’ body that others embed with narratives and meaning. The process is part of an ongoing exploratory mission to reclaim, unmask and question conventional and outmoded tropes of the gendered body.

She was the recipient of the Ian Potter Cultural Trust Award to complete a series of projects including a residency at Performing Arts Forum (PAF) in France. She was an Artistic Associate at MONA Gallery and Dark Mofo from 2015 – 2018 during which time she presented three major commissions: 2015 (R/E/Volve), 2016 (Hexigon-tron) and 2018 (Memory Dance). For 10 years (2008 – 2017) Holly was a core creator with company Finucane & Smith whose contemporary post-vaudeville spectacle theatre has toured extensively and is internationally awarded and renowned. With the company she was awarded the CHAMACO Award Centre International Theater Institute (ITI) Casa de la Memoria Escénica, Cuba, after presenting work in Peter Brook’s International Arts Festival in Havana. As part of the collective, Discordia, Holly was the inaugural recipient of Arts Centre Melbourne’s ‘Take Over’ commission in 2017. In 2022 Rising festival has commissioned a new work by Discordia. She is an ongoing collaborator with French Filmmaker Prisca Lobjoy on numerous film projects including live projection work for the Gotan Project in Paris. With Gabi Barton, she is resident choreographer of The Clams, a community water ballet squad who use fun and ridiculous water choreography to spotlight feminist issues.